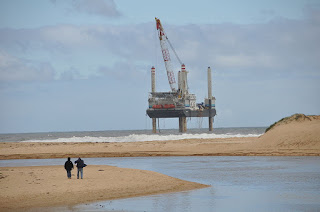 Recycled wastewater is widely used in landscaping and irrigation. The Middle East & Africa was the largest market accounting for 53% of the revenue share in 2016 and is expected to maintain its dominance over the forecast period on account of the high supply-demand gap of potable water.

Global warming has resulted in accelerating the evaporation of water bodies which eventually has led to droughts in numerous parts of the world. For instance, the U.S and Middle East & Africa have been affected adversely by severe multi-year and multi-state droughts over the past few years.

Countries such as U.S. and Saudi Arabia are focusing on the existing projects, instead of commencing new projects. The North America desalination market is expected to grow at an 8.6% CAGR over the next few years on account of rising number of natural calamities which are resulting in depriving its population & industries of water.

Traditionally, thermal desalination has been one of the most reliable techniques for water purification. Multi-stage flash distillation can produce purer water to which minerals are added to enhance the taste of water. The market for multi-stage filtration is expected to grow at an 8.4% CAGR during the forecast period owing to its high purity yield compared to reverse osmosis.

Reverse osmosis is expected to witness the fastest growth on account of its lower energy consumption rates. Rising need for pure water in chemical and food industries is projected to boost the market for reverse osmosis over the forecast period and is estimated to be worth USD 15.43 billion by 2025.

Seawater contributed to 58.2% of the revenue share in 2016, making it the largest and the trend is expected to continue over the projected period. Rapid industrialization and substantial investments regarding desalination in the Middle East is anticipated to drive the global market over the next few years.

Companies are investing extensively in R&D to enhance technology. For instance, in April 2014, GE Corporation launched an open technology challenge to accelerate the development of technology to improve the efficiency of seawater desalination.

In addition to this, the companies are concentrating on new projects. For instance, in November 2014, Suez announced construction, design and operation of a desalination plant at new Mirfa Independent Water and Power Project in Abu Dhabi. Furthermore, Veolia has developed itself in both Multiple Effect Distillation and Reverse Osmosis to offer energy-efficient hybrid desalination technology to mark its presence in global market.

Hexa Research has segmented the global water desalination market based on technology, source and region: